Instead of Vista move to Linux 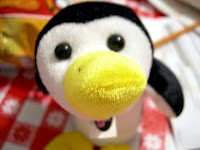 Educational and business institutions dismayed at the prospect of being forced to move to Windows Vista, due to its associated hardware upgrade costs and poor performance, should consider moving to Linux instead as a viable alternative according to a recent article appearing at in PC World.

Since Windows XP remains available only as a "downgrade" from Vista, at additional cost, insitutions that want to replace obsolescent PCs or need to add staff are compelled to buy Windows Vista and then pay extra if they want to stay with Windows XP. In order to avoid the cost of "downgrading" to XP by migrating all desktops to Vista, they're faced with the added cost of all new Vista licences, plus high hardware replacement costs because Vista requires new PCs kitted out with at least 2GHz CPUs and 2GB of memory in order to run acceptably. Then there's also the fact that Windows Vista performs poorly, even after SP1.

Those wanting to avoid such a large hit to their IT budgets should perhaps consider migrating to Linux instead. All of the Linux distributions are available either entirely free of charge or at relatively low cost including vendor support. Linux runs well even on older PC hardware, which means institutions can avoid having to purchase all new desktop PCs. Further, all of the major Linux distributions include free file and print servers, website and email servers and clients, office productivity applications, development toolsets and utilities.

For those fearing a lack of knowledgeable support, don't. Good Linux support is available from the larger distribution vendors at reasonable rates. Also, most cities and large towns have a local community of techies who offer support for Linux and applications running under it.

Sure, there might be some setup, initial support and staff familiarization costs, but just the additional Windows Vista-related expenses avoided within the initial year alone by moving away from a Microsoft-centric IT environment will likely be well worth making the switch. In addition, the first-year cost savings might be dwarfed by further IT cost savings realized in future years by using Linux to avoid Microsoft's treadmill of recurring charges.

How much cash can a business save by making the switch to Linux instead of " upgrading" to Vista? Here's an admittedly incomplete, per-seat estimate of the cost savings:

The PC World article has a lot more details, but the business case for switching to Linux instead of suffering through a forced and costly migration to Windows Vista seems clear.